I need some help using KisMac. When I went to set it up, it us all these options for chips and cards under the "Driver" menu. I really don't know which ones to use. Nice tutorial! Does green mean it's ready to crack? All of the internal AirPort hardware is supported as well. Active modealso referred to as managed mode, sends probe requests and is pretty boring. Active attacks like deauth and reinjection where supported require your device to be in monitor or passive mode. 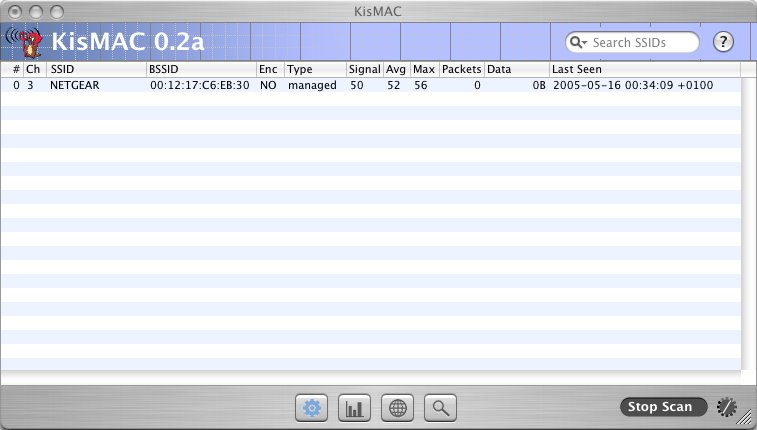 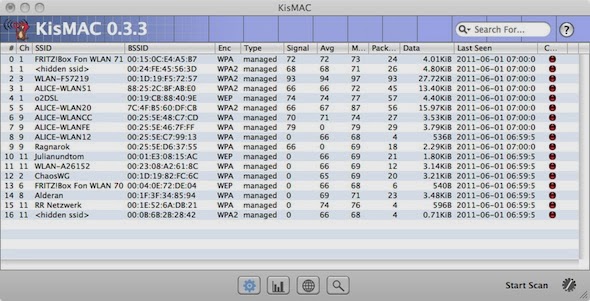 The information you need will be stored in the KisMAC dump file. Now you use Aircrack-ng to run a dictionary attack. This is done with this command: aircrack-ng -w -e. To use Kismac, one should download the development code and then compile it. This is a very easy and a straightforward way to go about it. Input the text that is responsible for blocking the format into the terminal but this should be done with a lot of attention being given to ensure that the input is in one line rather that separate lines. Find and fix file extension errors, registry problems and restore optimum PC performance quickly, easily and safely. PC Reviver. It is illegal to download, possess, and/or use Kismac in Germany, Austria, Switzerland and -You cannot use any WIFI card: You must use specific ones. The list. Use of KisMAC KisMAC is one the best wireless discovery tools available. It features a wide range of uses and is very similar to Kismet, a similar Linux feature.

Nice tutorial! Does green mean it's ready to crack? Hi, Nice blog, at least smtg clear to understand how to use kismac, great thx. Kismac usually lacks a new programmer that helps in patching up other programmes and upgrading certain things. The wireless drivers that are normally provided together with Kismac are not the best to be used with Apple Airport and it is evident that the Kismac in most cases will not be able yo find the Airport card after it has run the Mac using the Airport drivers available in the Active mode. Tech and Gadgets.KisMac is really powerful and leave Windows based NetStumbler in the dust. By a large margin. The second step is to read the FAQ again. I take no responsibil ity whatsoever, implied or not.Hi, thanks a lot for this tutorial! I follow all that you said with the airport card etc but it doesn't work